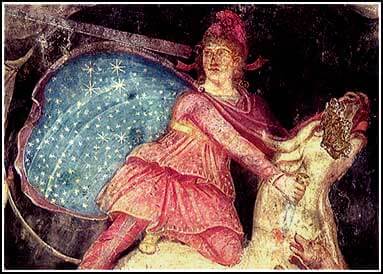 In looking at ancient systems and texts there are shedloads of pitfalls for those who have worked within a system and those who are self-taught. When people have started to suggest that you do not have undergo that basic training in a system and can just launch into ancient texts and cobble together a workable system, I wonder how.

I love adopting a historical approach to magic – my bookshelf is no longer dominated by modern occult classics and has been replaced with academic texts and different translations of source texts. It is part of my make-up that I love history (up until the renaissance where I lose interest.) It is natural then that my path would involve taking a historical approach where possible.

I can do that largely because I have served my time training in a system (Inner Light/ Golden Dawn) and can confidently walk off that path and integrate material. Nick Farrell in his thirties could not do that and while I did experiment at that time, it was entirely the confines of a modern system. Now it is possible to see the trellis of the training system, much of what I do now looks quite different and some of its goals have changed along the way.

But there are some issues which some might not be aware of when taking this approach and if you are aware of them you are going to burnt less.

1.  The ancient universe was tiny.

Ancient people did not have to cope with an “infinite” universe. All philosophy and science were based on a much-reduced view of the solar system which was reassuringly earth centred. Modern people have flown higher than Ancient people considered were the abode of the gods and we know that the Underworld is going to end up in a ball of magma. Modern thinkers have gotten around these ideas by interpreting them metaphorically. Heaven is not up, Underworld is not down etc. But there remains the problem that modern humanity is dwarfed by the size of their physical universe. It was a lot easier for an Ancient person to obtain “cosmic consciousness” because the cosmos was so much smaller and easier to understand.

2.  There was much less information to learn.

It was said of Robert Fludd (who was a 17th century occultist) that he was last person for which it was possible to know everything. Until then learning had its limits and it was possible for a person to know everything that was available at the time. Now it is impossible to know everything there is to learn in a specific scientific field (Even biology, which hit a dead end, has gotten a second wind with the development of DNA).The ancients were staggered by the fact that the Library of Alexandria had 200,00-700,000 books. Compare this with the British Library which contains 25 million in fact many public libraries would equal the Library of Alexandria. In the 16th Century John Dee claimed to own a thousand books which was impressive when you consider the extent of his knowledge. But your average high school kid knows a lot more accurate information than most Ancient polymaths and has access to more information than any of them. This comparatively patchy knowledge is important because areas which are vital for constructing magical systems are also missing from many occult careers. In the West Greek became a dead language so important texts were either in Latin or not available. Ancient works did not become available until the Fall of Constantinople or with improved communication with the Muslims.

3.  More occult texts are available to us and they reveal holes.

Thanks to improved technology and a more aggressive attitude to translations, my generation saw availability of quality occult texts go up. I can remember seeing my first copy of the Picatrix and being disappointed it was in Latin. The days of the only Grimoires being Mather’s translations are past. But this is often more of a problem because the texts were plagued by short-cuts, typos and cuts. Yet, there is no indication that they considered mistakes and if they were used it means that local traditions abounded. A 16th century magician would find themselves schooled about the accuracy of their knowledge by 21st Century grimoire lawyers even as they were trying to get the demon blood out of their cloaks.

4.We have no idea if some texts were used or how they were seen at the time.

If you look at the occult books available in the 21st century there are some good and bad titles. The bad, sometimes dubbed dark fluff” are beautiful books laid out with a content designed to scare people. Some of them contain ideas which are based on real occult teaching (but then cut and pasting from Mathers will do that).They make great claims for their efficacy but are not taken seriously by working occultists of this generation. So what would happen if one of these books survived five hundred years and (assuming a collapse and rebirth of civilisation) was taken seriously as an example of 21st century practice. Some grimoires and magical texts set off similar alarm bells for me. While it is possible to see actual traditions in them, their over all approach and appeals to fantasy make me wonder if they are not 15th century dark fluff and only there to make the reader a quick ducat.

Modern systems tend to make claims to the heirs of systems of magic which go back to antiquity. It is common to look at ancient systems, as seen in magical manuscripts like the PGM, through modern eyes. Take, for example, the Greek Mystery Schools. The tendency is to see these as schools of magical learning (presumably because they carried out ritual initiations and were sworn to secrecy). While they might have had ideas different from the information available to the person on the street, they were mostly about understanding divine myths through a dramatic presentation. They were never occult orders in the way we would understand them and were not schools for magic. Another issue is that we assume that these ancient magicians knew what we do. A laughable example of this is the Kybalion which assumes that the Ancients knew about 20th century science. It happens on subtle levels too. Because modern wiccans believe in a 20th century version of a triple goddess this is projected backwards to antiquity so that witches see examples of them where there are not. The ancient world was different from ours and such assumptions do not work. It was ok for an ancient magician to think in terms of ascent into the heavens – but for a modern one you would be too concerned about hitting aircraft.

6. It is difficult to create a complete magical system from what we know of the ancients and actual authenticity is impossible.

No matter how many source documents you read it is impossible to work out what the ancients were doing. The best you can hope for is to take bits out of things like the PGM and create an “ancient feel” based around myths and knowledge you can find. Even if a papyrus with a how-to manual and an explanation tipped up in Ancient Egypt it would only show you what was being thought about in that area at that time. The only option you have is to create something based loosely on occult systems you have now. As you research more you can gradually get rid of the things you do not need or don’t fit into your system.

7. Religious ideas were inconsistent and you have to abandon preconceptions.

Attempts to link magic to religions or philosophical ideas fall flat because these change over time. Occultists tend to see things in black and white and believe that pagan religions all believed in the same religion as Homer. In fact, religion was often regionalised with different myths and ideas. Monotheism was not just a Jewish idea (although there was a phase where even the Jews did not believe in one God just the supremacy of theirs) and by the first century some form of Supreme God was accepted. Pagans, Christians, and Jews used angels. Christianity famously could not agree what it believed in for centuries and in some cases still has not. For most people, the ancient ideas of Gods were less of something you built a relationship and more of something you did not want to piss off. You avoided angering them by attending their festivals and offering sacrifices. Magicians on the other hand tended to do the sorts of things that pissed them off but got away with it because of their magic use.